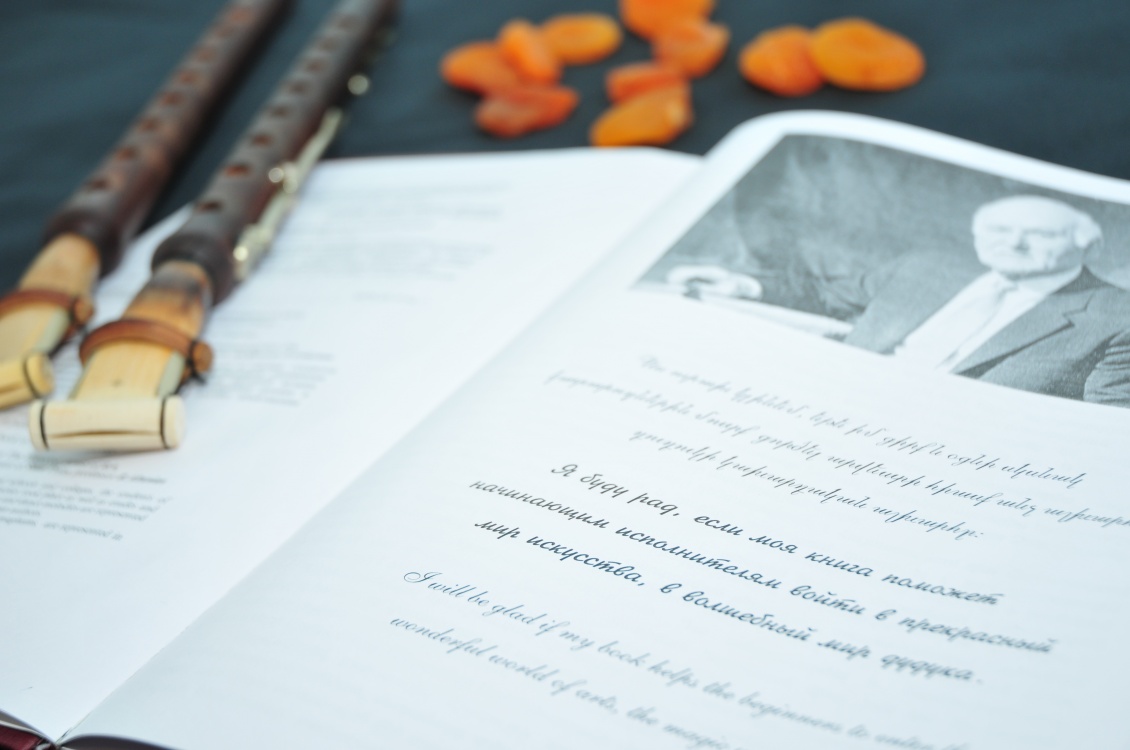 Duduk (Armenian: դուդուկ) is a double-reed woodwind instrument widely known among the peoples of Trans-Caucasus, Dagestan and Middle Asia. The principal features of a duduk are the body, a reed, a regulator and a cap. The traditional Armenian instrument has nine finger holes, eight of which are situated on the front of the cylinder, with one on the opposite side.

The body of duduk (its length is 350-450 mm) is made of apricot wood. The reed is placed into the round hole of the body; its upper top is flattened, to form a double reed with a flat dimension. The regulator, or “parda”, is placed in the middle of the reed. By moving the regulator (parda) the player can change the pitch of the instrument. The tonality of the instrument is of soft drawling. Another player usually plays with an accompanying instrument and through long continuous melodious sound (dam) accompanies the main melody. 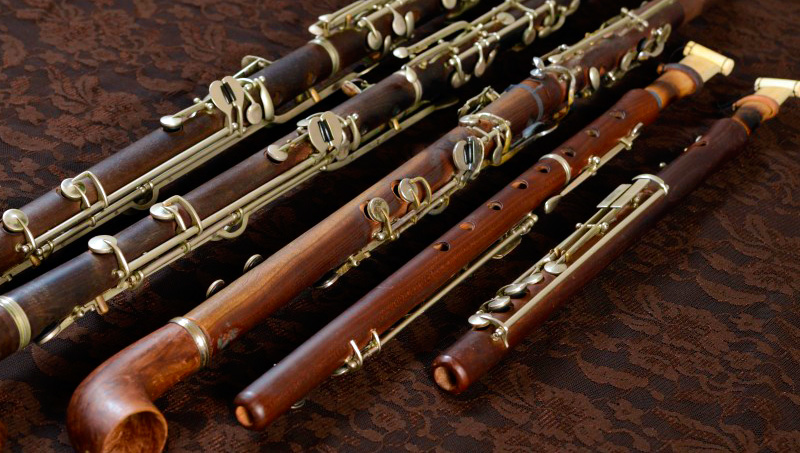 The modern improved duduk designed by Georgy Minasyan has 14 finger holes along the full length of the instrument, eight of which are situated on the front of the cylinder, with 6 holes on the opposite side. The range of the improved duduk has been significantly increased by adding levers and lengthening of the body. With these changes, the following notes have been added to the instrument: E, F, F#, G, and G# of the small octave, as well as D, D# and E of the second octave. The addition of these levers enable the player to play all of the scales.

Duduk family includes instruments in different keys, such as in C, B, A, G, Es, D and F.

The lesson with the beginner student is quite crucial, since their future as a player-musician depends on a correct foundation. The recommended age for the student to start learning duduk is around the ages of 12-14. While looking for potential students it is very important to pay attention to their physical well-being. The student should have a good ear for music, a feeling for rhythm and musical sensitivity and appreciation.

The success of the student also depends on the quality of the instrument being used, therefore the instructor, who works with beginners, must be responsible for the working order of student’s instruments in the beginning. The education of the student should be step-by-step, following student’s overall progress and requirements to master a technical performance, musical taste and education. Therefore, the instructor must carefully observe the coordinates elements of technical performance and personal expression during the students work on whatever piece of music he or she is engaged in.

A student’s progress greatly depends on how well the initial playing foundation is set. Therefore, the instructors must pay very close attention to aspiration, embouchure, body, head, hand and finger positions of the student. The instructor should make sure these important details are well understood by the student as well. For positive results, students must be able to work alone, and this in turn obliges the instructor to help the students to correctly organise their home and classwork from the very beginning of their studies.

While playing the duduk, the student must maintain a natural, relaxed posture. It is possible to study and play either sitting or standing. The body should be upright with a relaxed posture. 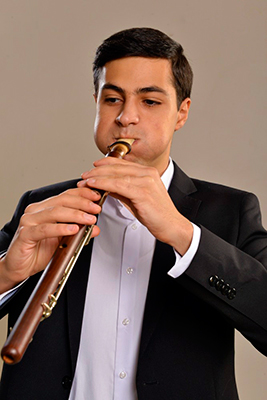 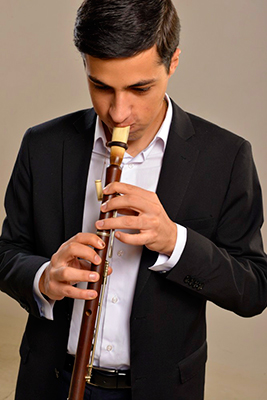 The instrument should be held at 40-50 degrees to the body. The elbows should be raised a little for the breathing to be free. The head must be kept straight; the back should not bend forward while playing. Student must not cross their legs while playing in a sitting position as it disturbs the work of the abdominal press and diaphragm and will hinder breathing. While playing in a standing position the right foot is put slightly forward.

It is necessary to develop breathing skills from the very start. The in-breath should be quick and deep, the out-breath slow and steady. There are three types of breathing:

The student should practice the mixed type of breathing. This type differs profitably from the other types of breathing as it allows to intake more air, and therefore assists in the achievement of better sound and freer play. During the deep in-breath the chest widens in all directions and the diaphragm goes down. With a calm out-breath, the ribs of the chest and the diaphragm will smoothly return to their original position. The depth of the breath should correspond to the value of the musical phrase. Frequent changes in the breath’s rhythm are not recommended as it tires the breathing muscles.

How to conduct the first duduk lessons

Before starting the primary exercises, it is necessary to get the instrument ready for playing by applying several drops of water inside the reed, empty it, and then to close the cap for 15-20 minutes before playing. Before playing the student must be shown where to place the reed on the lips, how to produce a sound, and how to breathe while playing. For this, it is necessary to hold the reed with the lips, to swell the cheeks a little so that the inner sides of the lips are separate from the gums, with the teeth forming a necessary space.

This article is excerpt from the 3rd edition of Armenian Duduk: Complete Method and Repertoire now available on Amazon.com.